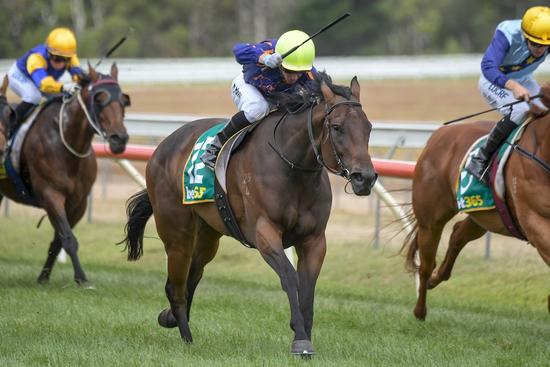 Jockey Daniel Moor summed it up best when he described FILLE DE CHARLIE’s most powerful attribute.

In a competitive 1100m race at Colac, he’d asked the 3YO filly to jump and run, and so she did to sit just off the leader. When that leader sought to tear away, Moor eased before asking Fille de Charlie for the ultimate effort in the straight.

Sent out favourite in her sixth race start, it was a terrific second win. With challengers coming from inside and out, she proved that as her jockey said, “her application is A-Plus”.