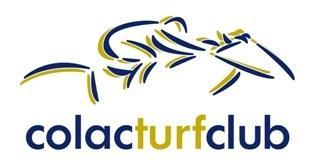 Racing at Colac and in southwest Victoria has received a massive boost with the announcement of more than $1 million in funding to fix, upgrade and re-open the town’s race track.

Premier and Minister for Racing Denis Napthine along with local Member for Polwarth Terry Mulder said the joint Victorian Coalition Government and racing industry investment of $1.05 million would see the track re-opened for racing next Summer.

“The future is very bright for racing at Colac and the local region with this major investment in the track’s upgrade,” Mr Mulder said.

“It has been a difficult time for the Colac Turf Club following the closure of the main grass track in September due to damaged drainage and necessary transfer of race meetings to other racecourses.

“But for the Club, along with local trainers and others involved in the region’s racing industry, this announcement will be a great boost for the New Year.

“In fact, once these works are completed Colac will have an even better track than before.”

Mr Mulder said the race track works will include:

Country Racing Victoria Chief Executive Scott Whiteman said the re-opening of the track at Colac was critical to racing in the Barwon region and Western District.

“Colac Racecourse is a key training and trialing centre for the local region and not having the ability to use the main grass track is a major disadvantage,” Mr Whiteman said.

“However, the track must be made safe for both horses and jockeys so this upgrade is vital to the future of racing at Colac.

“I look forward to the return of racing next Summer and having a great day out particularly the fantastic Colac Cup meeting held annually in February.”

Mr Whiteman said that upon completion of the remedial works, Racing Victoria will develop a return to racing plan in consultation with the Victorian Jockeys’ Association, the Australian Trainers’ Association, RV stewards and the Colac Turf Club.

Dr Napthine said the Victorian Coalition Government was a strong supporter of country racing and was committed to assisting country racing clubs with important infrastructure projects.

“It is vital to foster growth in the racing industry which in the Barwon-South West region alone generates more than $173 million in annual economic benefits and close to 2,500 jobs,” Dr Napthine said.

In order to undertake the works, race meetings previously scheduled at Colac have been shifted to other western Victoria venues including: